Just do it! - putting in bikes regardless of availability Print

BRM has many many features, but perhaps the core 2 features are:

BUT - feature no1 sometimes means you can't book a bike when you think perhaps you should be able to.

In other words life / reality gets in the way...

Dave arrives first and takes bike M1, but sadly the operator makes a mistake and tells BRM about the wrong bike - M2.

Then John turns up and you wheel out M2 to give him.  You know you're going to give him M2 because you have it in your hand, but BRM says NO!  Because it says it is already checked out due to the operators previous mistake, and rule no1 applies - avoiding double-bookings.

Previously you'd have to perhaps tell BRM you have him M1 (even though you knew that was wrong!).

But, as we know, two wrongs do not make a right!

So now you can invoke the 'just do it' operation to 'put it in anyway'.  So at least now you've only made 1 error, it doesn't have to cascade into an ever-increasing number of errors.

Ideally you should go back to the original reservation and fix it...

Meanwhile, BRM will warn you that night when it does the overnight checker that 2 bikes were checked out at the same time. 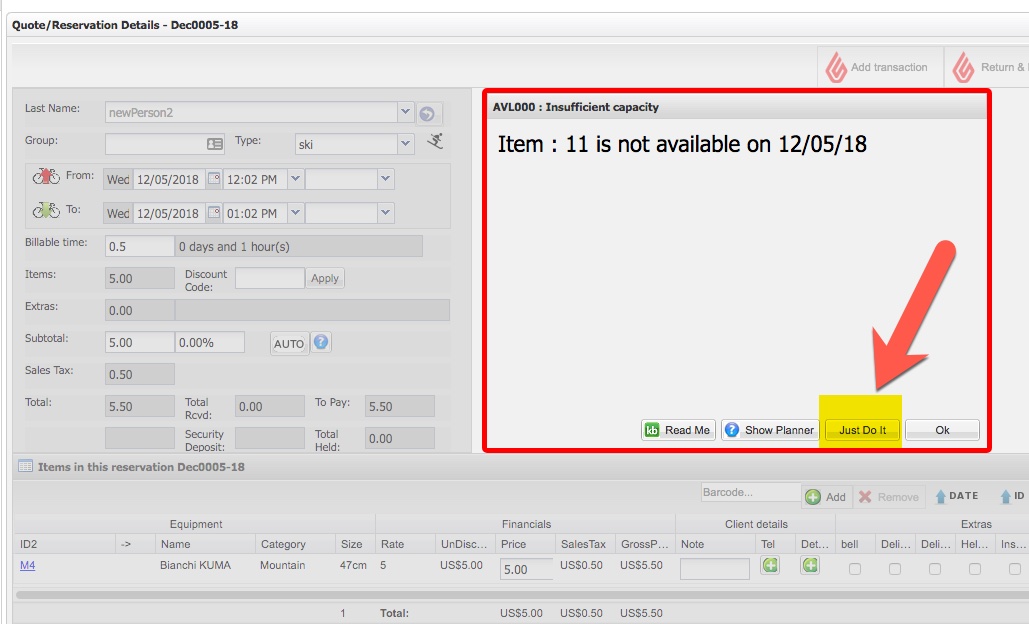 Please note that there are really quite a few scenarios when this can occur:

over time 'Just do it' will evolve into universally available functionality, and with clear indications in affected reservations.

D
Doug is the author of this solution article.

Did you find it helpful? Yes No

Send feedback
Sorry we couldn't be helpful. Help us improve this article with your feedback.